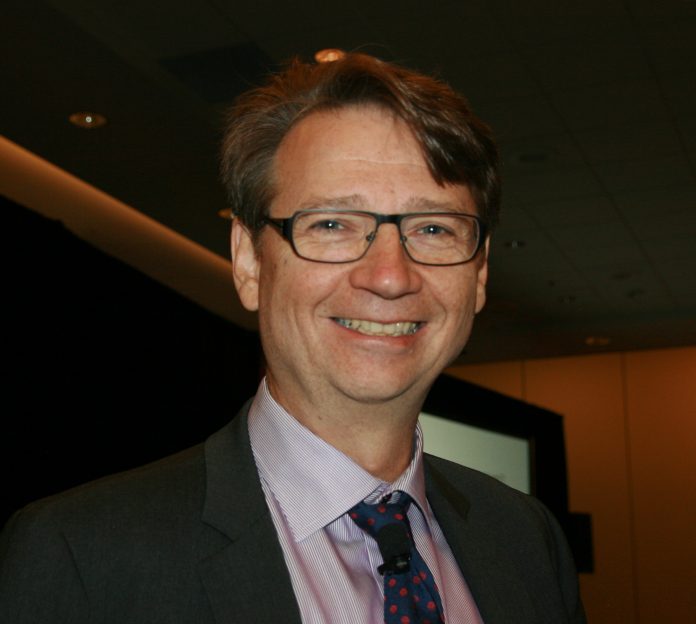 Worldwide IT spending is projected to total $3.5 trillion in 2017, a 2.4 percent increase from 2016, according to Gartner, Inc. This growth rate is up from the previous quarter’s forecast of 1.4 percent, due to the U.S. dollar decline against many foreign currencies (see Table 1.)

“Digital business is having a profound effect on the way business is done and how it is supported,” said John-David Lovelock, vice president and distinguished analyst at Gartner. “The impact of digital business is giving rise to new categories; for example, the convergence of “software plus services plus intellectual property.” These next-generation offerings are fueled by business and technology platforms that will be the driver for new categories of spending. Industry-specific disruptive technologies include the Internet of Things (IoT) in manufacturing, blockchain  in financial services (and other industries), and smart machines in retail. The focus is on how technology is disrupting and enabling business.”

The Gartner Worlwide IT Spending Forecast is the leading indicator of major technology trends across the hardware, software, IT services and telecom markets. For more than a decade, global IT and business executives have been using these highly anticipated quarterly reports to recognize market opportunities and challenges, and base their critical business decisions on proven methodologies rather than guesswork.

The worldwide enterprise software market is forecast to grow 7.6 percent in 2017, up from 5.3 percent growth in 2016. As software applications allow more organizations to derive revenue from digital business channels, there will be a stronger need to automate and release new applications and functionality.

“With the increased adoption of SaaS-based enterprise applications, there also comes an increase in acceptance of IT operations management (ITOM) tools that are also delivered from the cloud,” said Mr. Lovelock. “These cloud-based tools allow infrastructure and operations (I&O) organizations to more rapidly add functionality and adopt newer technologies to help them manage faster application release cycles. If the I&O team does not monitor and track the rapidly changing environment, it risks infrastructure and application service degradation, which ultimately impacts the end-user experience and can have financial as well as brand repercussions.”

IT spending increased in 2016, but only two of the top 10 IT vendors posted organic revenue growth. With revenue sources still tied to the Nexus of Forces (the convergence of social, mobility, cloud and information), some of the top 10 vendors will fare better in 2017 due to strength in mobile phone sales. Worldwide spending on devices (PCs, tablets, ultramobiles and mobile phones) is projected to grow 3.8 percent in 2017, to reach $654 billion. This is up from the previous quarter’s forecast of 1.7 percent. Mobile phone growth will be driven by increased average selling prices (ASPs) for premium phones in mature markets due to the 10th anniversary of the iPhone and the increased mix of basic phones over utility phones. However, the tablet market continues to decline, as replacement cycles remain extended.

SMB IT Spend to Reach $1.4 Trillion According to Analysys Mason Forecast

From implant chips to green web hosting, here’s what experts believe the future of the internet will look like

Canada is the No. 1 overall

This website uses cookies to improve your experience while you navigate through the website. Out of these, the cookies that are categorized as necessary are stored on your browser as they are essential for the working of basic functionalities of the website. We also use third-party cookies that help us analyze and understand how you use this website. These cookies will be stored in your browser only with your consent. You also have the option to opt-out of these cookies. But opting out of some of these cookies may affect your browsing experience.
Necessary Always Enabled
Necessary cookies are absolutely essential for the website to function properly. This category only includes cookies that ensures basic functionalities and security features of the website. These cookies do not store any personal information.
Non-necessary
Any cookies that may not be particularly necessary for the website to function and is used specifically to collect user personal data via analytics, ads, other embedded contents are termed as non-necessary cookies. It is mandatory to procure user consent prior to running these cookies on your website.
SAVE & ACCEPT
MORE STORIES
Just the Facts