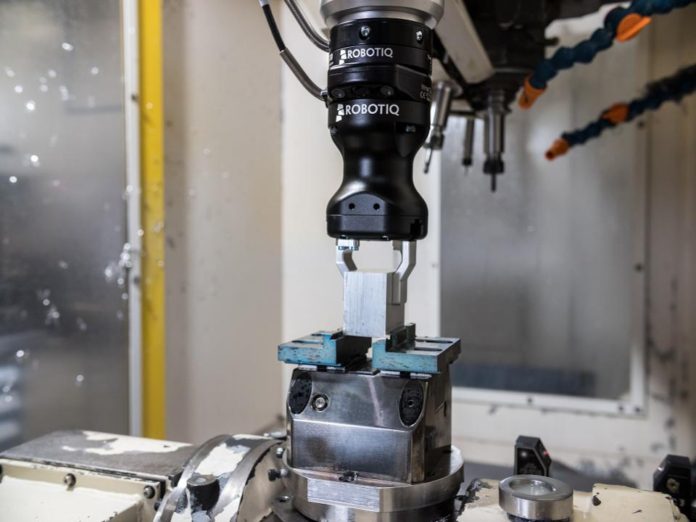 Robotiq announced that it has raised Can$31 million (about $23.1 million in U.S. dollars) in its first round of venture investment. The entire round of financing comes from Boston-based investment firm Battery Ventures.

Robotiq makes custom grippers, cameras and other sensors that can be attached to the robotic arms made by a variety of companies. It also produces software packages to go with those custom grippers and sensors, making it relatively simple for customers to get robots up and running. The company’s focus is on “collaborative robotics” — that is, using robots in workplace situations where they are nearby and working with humans.

The company does this by making its components plug and play. Its grippers, sensors and software work with different third-party arms, which make it easier for its customers to customize applications. Automation solutions with Robotiq’s products have been deployed in automotive companies, additive manufacturing facilities and even an eyewear manufacturing startup.

Interview with Dave Sobel at ChannelCON 22

Telstra Appoints Noah Drake as President for the Americas

Could a workplace harassment claim shut down your business?

Mary Ann Yule of HP Canada Discusses What to Expect from...