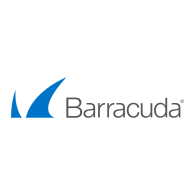 Rod Mathews, senior vice president and general manager for data protection solutions at Barracuda, says support for AWS extends the data protection and disaster recovery (DR) reach of Barracuda Networks to now include AWS, a cloud service managed by Barracuda, as well as local physical and virtual appliances. In the future, Mathews says it’s logical to assume that Barracuda will also be adding support for additional cloud services such as Microsoft Azure.

“We want customers to start thinking more about DR as a service,” says Mathews.

In most instances, Mathews says, customers will back up their most important and most recently used data locally, while taking advantage of the cloud to either back up less critical data or simply archive it.

In fact, Mathews notes that the line between backing up data and archiving continues to blur, especially in organizations that don’t have large IT staffs consisting of multiple storage specialists.

Mathews notes that with the rise of ransomware, interest in data protection software capable of leveraging the cloud has increased dramatically. Rather than paying ransom to regain access to data that has been encrypted by cybercriminals, Mathews says, offerings such as Barracuda Backup provide a means to quickly recover pristine copies of data.

In many instances, Mathews says, organizations are starting to move to a model where detection of a ransomware attack now automatically kicks off a backup of the organization’s data. That may not prevent data from being encrypted. But backing up critical data does create an opportunity to ensure that at least not all the organization’s current data winds up getting held hostage by cybercriminals demanding payment in a bitcoin currency that the average organization doesn’t keep lying around in case of an emergency as some form of digital petty cash.

72% of MSPs take action after headline-making cyberattack, even though they are not victims

What’s driving the channel community into the digital-first economy

There are lots of opinions on what’s influencing the channel’s behaviours and where it’s headed. We have compiled a list of seven factors we...