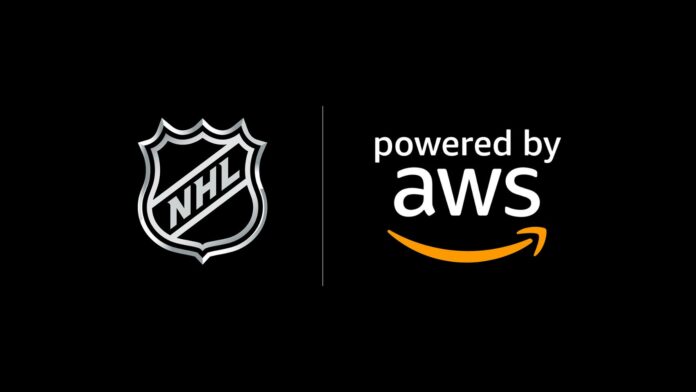 Amazon Web Services, Inc. and the National Hockey League (NHL) released Face-off Probability, a live, in-game NHL stat that will be displayed as a graphic that instantly shows the odds of a player winning a face-off and possession of the puck and displays them on screen for fans watching the broadcast of the game. Before the puck is dropped in a face-off, the Face-off Probability machine learning (ML) model identifies where on the ice a face-off is going to occur, and who will take the face-off, and determines the probability of each player winning the draw.

The face-off is one of the most anticipated and contested moments in hockey. Late in the third period of a close game, when two players are face to face on the ice, waiting for the puck to drop deep in the zone, the tension is palpable. Whichever player wins possession can swing the momentum to his team and directly impact the game’s outcome. With Face-off Probability, fans and broadcasters now have data to back up their predictions and determine which player is most likely to win.

The Face-off Probability model is also flexible, adapting predictions based on changes to the game situation. For example, if a player is waived out of the face-off due to a violation, the model updates the prediction to the new matchup based on the real-time puck and player tracking streaming sensor data at sub-second latency.

The model can also determine if a team’s probability of winning a face-off decreases or increases when the primary center player is waived out of the face-off in favor of a different player. This can highlight the importance of a particular player remaining in the face-off (pre-puck drop), adding a new point of analysis for NHL commentators and fans alike. In addition to providing the face-off win probability of the two players taking the face-off, the model provides information on other possible face-off combination pairings, including potential matchups that are most beneficial for each team. This information will be made available to on-air commentators to point out during the broadcast to enrich the fan viewing experience.

“One of the most important and least understood aspects of hockey is the battle over control of the puck during critical face-offs. This new stat brings the breadth and depth of AWS services to NHL data to better capture the details of gameplay for hockey fans, coaches, players, officials, and media partners,” said Matt Garman, Senior Vice President of Sales and Marketing at Amazon Web Services. “Sports serve as a great medium to bring the benefits of machine learning to life, and AWS is enhancing and enriching the NHL game experience through data, insights, and second-screen experiences that will make the sport more dynamic and engage a whole new generation of hockey fans.”

Chat with Supermicro About Cloud Repatriation