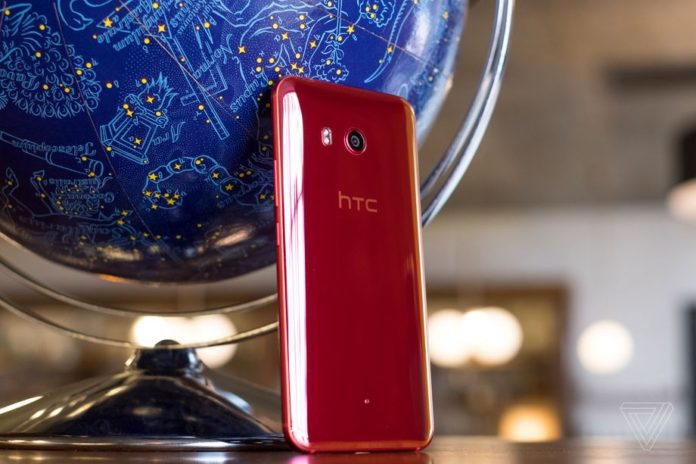 Google is making another big buy into smartphone hardware — or at least the people responsible for creating it. The company has just confirmed that it plans to acquire part of HTC’s mobile division team for $1.1 billion. “These future fellow Googlers are amazing folks we’ve already been working with closely on the Pixel smartphone line, and we’re excited to see what we can do together as one team,” Rick Osterloh, Google’s hardware boss, wrote in a blog post. “The deal also includes a non-exclusive license for HTC intellectual property.”

Peter Shen, HTC’s chief financial officer, said that HTC would still employ more than 2,000 research and design staffers after the deal is done, down from around 4,000, according to the New York Times. That makes today’s announcement more of an acquihire of talent than a traditional acquisition of resources.

HTC will continue onward with its own smartphone business even after sending a good portion of its talent and operations over to Google. HTC CEO Cher Wang said that this agreement will “ensure continued innovation within our HTC smartphone and Vive virtual reality business.” In fact, HTC’s press release reveals that the company is already  “actively preparing” for its next flagship smartphone. A major announcement was all but assured Wednesday, when HTC announced it would briefly halt trading on the Taiwan stock exchange ahead of “material information” to come on Thursday (local time).

This is the second time that Google has made a big purchase involving a smartphone manufacturer. Six years ago, Google announced a $12.5 billion buyout of Motorola Mobility. “Together, we will create amazing user experiences that supercharge the entire Android ecosystem for the benefit of consumers, partners and developers everywhere,” said then-Google CEO Larry Page.

Under Google, Motorola opened a US plant and offered unrivaled customization options for its flagship Moto X smartphone. By January of 2014, however, Google had soured on its Motorola acquisition and reached a deal to sell the company off to Lenovo for a fraction of what it had originally paid. The Motorola deal was viewed as a shortcut for Google to obtain valuable patents at a time when litigation was frequently breaking out in the tech industry. But in retrospect, it’s still hard to call the whole thing a success.

After the Motorola experiment, Google carried on with its Nexus program by partnering with smartphone makers to release handsets that ran the company’s preferred, Google-managed version of the Android operating system.

Google got more serious about taking charge of hardware development last year with the debut of its Pixel and Pixel XL smartphones, Google Home, and Google Wifi. HTC manufactured both 2016 Pixels, which were designed by Google and marketed as Google devices; HTC basically served as a silent contractor. Rick Osterloh, who led Motorola while it was part of Google, is now leading Google’s hardware division.

Buying a chunk of HTC’s smartphone team means that Google will directly challenge Android partners including Samsung, LG, Huawei — even more directly now than it did as Motorola’s parent company. “We’re excited about the 2017 lineup, but even more inspired by what’s in store over the next five, 10, even 20 years,” said Osterloh. “Creating beautiful products that people rely on every single day is a journey, and we are investing for the long run.”

The move could bring Google closer to achieving the hardware/software synergy that has worked so well for Apple and the iPhone, though HTC and other Android smartphone makers still use off-the-shelf processors and other components in their handsets. Earlier this year, Google hired away one of Apple’s chip architects in what might be an attempt to evolve beyond that and design its own silicon.

Meanwhile, HTC — once a company fixated on Windows Mobile devices — has established a decade-long history with Google and the Android mobile operating system. The HTC Dream (known as the T-Mobile G1 in the United States) was the original, first-of-its-kind commercial Android device when it was released in 2008. Not long after, HTC helped Google launch the Nexus lineup of products as the manufacturer of the Nexus One smartphone in 2010.

HTC is also closely tied to the debut of 4G cellular networks in the United States. Its Evo 4G was the initial device to support Sprint’s now-defunct WiMax standard. In 2011, HTC made a more significant technological splash with the Thunderbolt, which was the first-ever LTE smartphone on Verizon Wireless. In the years since, HTC has had its share of fan favorites (One M7, HTC 10, U11) and miscalculations (One M8, U Ultra).

But despite the company’s proven ability to design and produce excellent hardware, HTC has in recent years been unable to release a hit with consumers that approaches sales of Samsung’s Android phones or the iPhone. That considered, it’s a bit surprising that HTC will keep going with its own smartphone unit even after this arrangement with Google, which is expected to be completed early next year.

Benchmark and Valencia Join Together to Help Reduce Risk

BlackBerry Enables the Enterprise of Things to Thrive with Enhanced Mobile-Security...