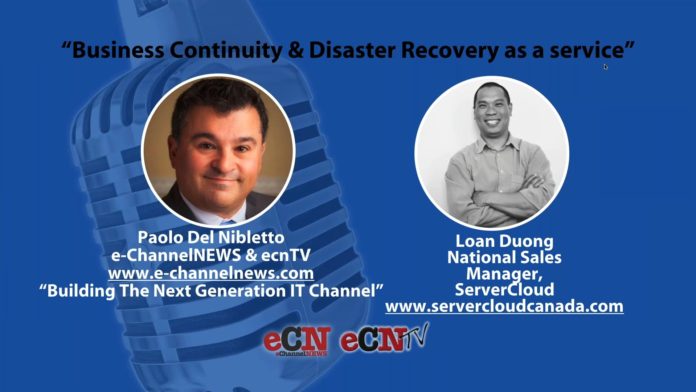 How many data centres are there in Canada? Good question now that Microsoft, AWS, OVH, Equinix and others have opened state-of-the-art facilities in the country. But another question that needs to be asked is how many of those are owned by a Canadian or Canadian company?

Suddenly that list gets short. One of the companies is Server Cloud Canada, a distributed cloud infrastructure provider based in Kingston, Ont.

Currently, Server Cloud Canada has nine data centres across the country and the company’s national sales manager Loan Duong, told EChannelNews during a podcast that with the laws being passed down more data is coming back to Canada from the U.S.

“A lot of clients and partners are looking for something that is strictly Canadian,” he said.

Duong added that while high profile vendors such as Microsoft and AWS have opened Canadian data centres it is his belief that data is being backed up somewhere in the U.S.

On the other hand, Server Cloud Canada never leaves the country even when data is being transitioned; it all stays in Canada in one of the nine locations the company has.

He acknowledges there is some confusion in the market place now in terms of data privacy laws. Duong spoke to the privacy commissioner Daniel Therrien last year only to find that the market place is still unaware of the laws. But Duong believes even industries will be enforcing data privacy and demanding that data stay in Canada.

Specifically, to healthcare, insurance or government data those areas are being enforced, Duong added. “Things are getting strict and you will see financial institutions, government, insurance wanting their data to be in a data centre owned by a Canadian company in around two years. Healthcare, social insurance numbers or any sort of information that is personal will have to stay in Canada; period!”

Duong addressed many other issues in the podcast such as why Server Cloud Canada is based in Kingston, its DRaaS offering, the company’s channel strategy, cloud-based pricing, and more.

Addigy Named One of Inc. Magazine’s Best Workplaces for 2022

Interview with Datto at ChannelNext East 2022

Broadcom will pay $61 billion for VMware

Managing the complexity of SaaS in the digital workplace with Augmentt